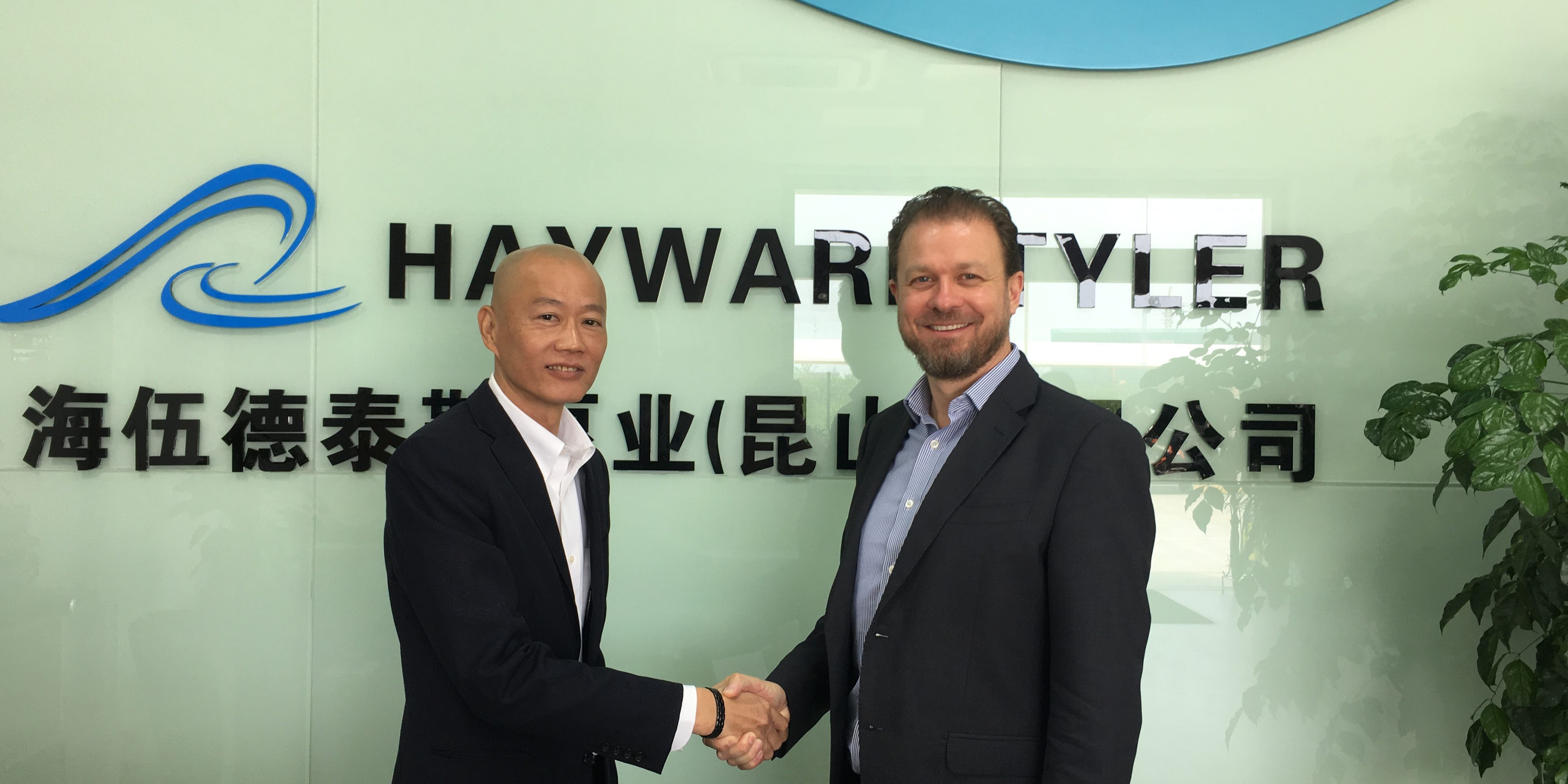 Avingtrans announces that Colin Elcoate, Chief Commercial Officer (CCO), has tendered his resignation and will leave the Group with effect from 31st July 2019.  Colin leaves to take on a Chief Executive Officer (CEO) role for another (non-competitive) UK engineering business.

As well as his role as CCO, Colin was recently seconded to China as General Manager of the new Hayward Tyler facility in Kunshan.  Colin successfully oversaw the opening of the new plant, delivery of the first localised Boiler Circulating Pump (BCP) and leaves our newest facility with a plan for sustainable, profitable growth.

Colin will hand over the leadership of the China facility to Alvin Sim.  Alvin, who joined Hayward Tyler in January this year, will combine his current business development responsibilities in South East Asia with the China leadership role and will become the Managing Director for Asia Pacific.  Alvin has been in the pump industry since 1989 mainly with Ingersoll-Dresser Pump & Flowserve and more recently SPX Flow.  He has held many executive roles across Asia Pacific including Vice President of sales at Flowserve, Vice President for sales & operations at SPX Flow and has also spent time in Japan & China as a General Manager for Flowserve.  Alvin’s previous role was CEO of CMR Far East Pte Ltd. involving electrical equipment for the Oil & Gas industry.

Colin Elcoate commented: “I am pleased that the China facility development is going so well and that Avingtrans continues to invest in its regional capability.  I have known Alvin for many years and know that under his leadership the China facility and the Hayward Tyler business in the wider South East Asia will go from strength to strength.”

Steve McQuillan, CEO of Avingtrans, commented: “I’d like to thank Colin very much for his contribution to the Group’s overall commercial strategy and his recent leadership in China.  We all wish him well for the future and know that he has left the China business in great shape for Alvin to take forward through its next stage of development.”