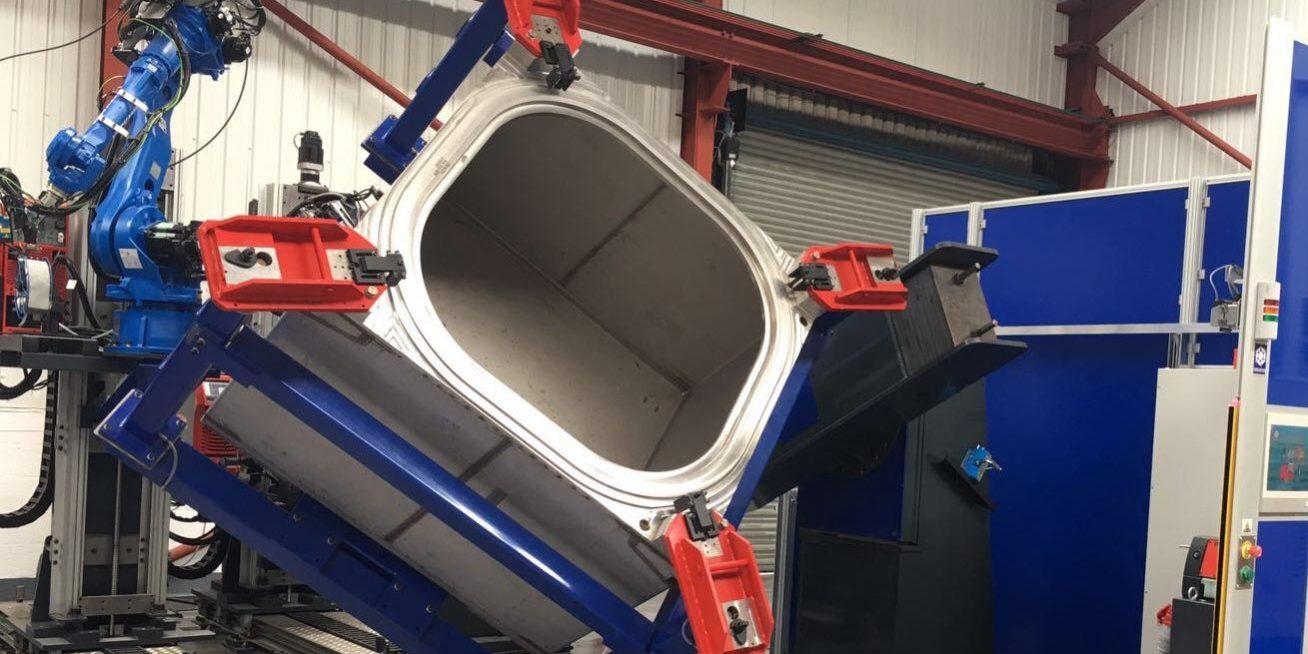 Metalcraft secures next phase of the Sellafield Limited box contract

Stainless Metalcraft (Metalcraft), part of Avingtrans PLC’s Process Solutions and Rotating Equipment division and Sellafield Limited, have mutually agreed to exercise the option, to enter into the second phase of the contract to provide high integrity stainless steel storage boxes for Sellafield. The 3M3 (‘three metre cubed’) box contract (the “contract”) is now worth up to £70m and represents an approximately £20m uplift to the original contract awarded in 2015. The agreement to exercise the option marks Metalcraft’s successful transition to the second phase of the 3M3 box work with Sellafield.

The boxes will be used to store intermediate level waste (“ILW”) retrieved from silos at legacy locations in Cumbria. In environmental terms, this storage project represents one of the most positive and important intergenerational equity deliverables of the next few decades, developing and implementing critical technology to bequeath a pristine environment to posterity.

As part of this transition, Metalcraft will be producing circa 1,000 boxes over phase two of the programme, which is currently expected to take 6 years, with revenue being recognized evenly across this period.

Metalcraft has invested since 2015, in creating the only dedicated facility to supply boxes for ILW in the UK. As a result, the Board believes it is in a leading position to tender for future contracts at Sellafield over the duration the site decommissioning.

The Contract underpins the Group’s outlook for FY22 and beyond and the Board is pleased to see Metalcraft’s pipeline significantly expanding, as it establishes itself as a trusted supplier to Sellafield and commences a number of new tender processes for a wider array of projects in the nuclear decommissioning sector.

Austen Adams, managing director of Avingtrans’ Process Solutions and Rotating Equipment division, said: “Moving on to phase two of the contract is a tremendous achievement for Metalcraft and is just reward for the hard work and expertise the team has put into developing the 3M3 programme over the last five years.

“Having proven the technology and manufacturing processes involved, we are now in a position to ramp up production further and begin the transition towards large scale volume production, which will enable us to support Sellafield in this essential decommissioning work over the coming years.

Metalcraft and Avingtrans are proud to be working alongside a number of suppliers and the Nuclear Decommissioning Authority (“NDA”) on the project of decommissioning the Sellafield nuclear site, in a way which is both safe and environmentally friendly.

Susan Lussem, Supply Chain Director, Sellafield Ltd, said: “Retrieval of wastes from Sellafield’s legacy ponds and silos is nationally important work, and we’re dedicated to ensuring this is done as safely, quickly and cost-effectively as possible.”

“Moving the waste into modern storage will mean a huge reduction in the UK’s nuclear hazard, but before we can remove the waste, we have to be confident we have somewhere safe to put it and that we have a reliable supply of containers for decades to come.”

“The development, innovation and investment that Sellafield Ltd and Metalcraft have delivered on this project to date gives us this confidence.”

Steve McQuillan, CEO of Avingtrans, said: “Winning the initial contract back in 2015 was a landmark moment for Metalcraft, allowing us to invest significantly in both infrastructure and personnel, to create a world-class centre for the manufacture of ILW containers, and boosting our apprenticeship programme. This training programme can now be securely extended for the long term, providing skilled engineering apprentice roles in a relatively deprived area of the UK.”

“Securing the next phase of works wholly justifies that investment and vindicates the Board’s decision to refocus what was previously our Energy and Medical Division on new markets. Sellafield’s trust in Metalcraft to deliver this next phase of the project endorses the quality of our management processes in this highly sensitive technology.”

About the NDA & Sellafield:

The Nuclear Decommissioning Authority (NDA) is a non-departmental public body created through the Energy Act 2004. In 2016 NDA took direct ownership of Sellafield Ltd, which now operates as a wholly owned subsidiary of NDA, thus replacing the PBO model which had operated at Sellafield for 6 years.

It employs just over 300 staff and has offices in Cumbria, Caithness, Cheshire, London and Oxfordshire. It owns 17 sites across England, Wales and Scotland, some dating back to the 1940s, plus the associated liabilities and assets.